Last month’s sales were 46 percent above the 10-year sales average for the month and rank as the second highest January on record.

“Fundamental economics are driving today’s market. Home buyer demand is at near record heights and home seller supply is as low as we’ve seen in many years,” Darcy McLeod, REBGV president said.

New listings for detached, attached and apartment properties in Greater Vancouver totalled 4,442 in January 2016. This represents a 6.2 percent decline compared to the 4,737 units listed in January 2015 and a 119.8 percent increase compared to December 2015 when 2,021 properties were listed.

“The MLS® is the most powerful real estate marketing system in the country. If you’re thinking of selling, it’s important to talk with your REALTOR® about putting your home on the MLS® system to ensure your property gets maximum exposure,” McLeod said.

The sales-to-active listings ratio for January 2016 is 38 percent. This is indicative of a seller’s market.

Generally, analysts say that downward pressure on home prices occurs when the ratio dips below the 12 percent mark, while home prices often experience upward pressure when it reaches the 20 to 22 percent range in a particular community for a sustained period of time. 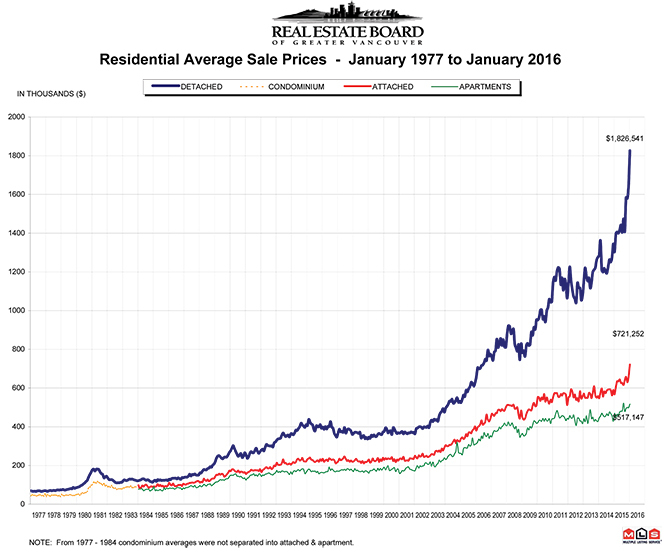 This entry was posted on February 5th, 2016 | Posted in Market Report